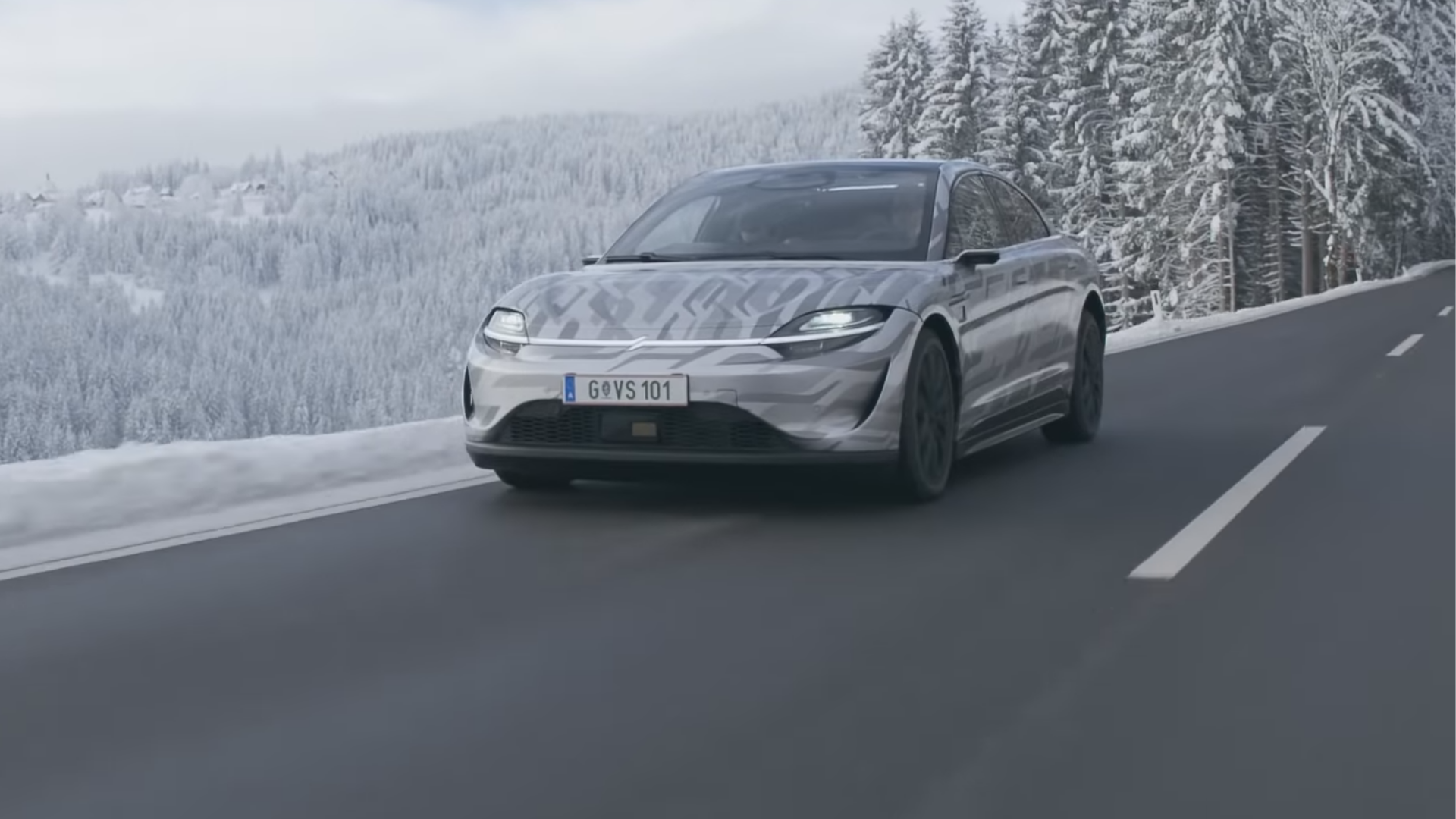 Sony’s Vision-S car has begun public road testing in Austria to evaluate Safety and Sony technologies. Sony’s announced the Vision S concept on Jan 7th, 2020 in Las Vegas. Sony announced its pursuit of safety, comfort, and entertainment in mobility with the new VISION-S. The prototype vehicle of “VISION-S” was showcased at the Sony booth. On January 11th at CES 2021, Sony announced VISION-S development activity has reached the next stage.
While continuing to advance vehicle development for safety and security, entertainment, and adaptability, public road testing commenced in Austria in December 2020 for technical evaluation.

The prototype aimed to deliver Sony’s own technology, full entertainment experience with 360 Reality Audio in the speakers built into each seat. The Vision S comes with 5G, AI, and cloud technologies intending to continuously update and evolve the car’s functionalities. The prototype model was then taken development center in Graz Austria, where development is underway with partner companies such as Magna Steyr to prepare the prototype for test drives on public roads. Sony’s Vision-S car has begun public road testing in Austria check the Youtube video below.

Advanced sensing and audio technologies development & testing were carried out in Tokyo.

The prototype model received many design awards such as the Red Dot Award and Good Design Best 100 Award.

Sony published public road testing of the Vision S, filmed with the new Airpeak drone mounted on a Sony camera. Airpeak drone developed was announced by Sony a few months ago. Click here to read about the Airpeak drone announcement.

“There is a need to satisfy the human desire to move safely. When we started thinking of Sony’s first car, or mobility we saw user experience as important”, said Izumi Kawanishi Senior Vice President AI Robotics Business Group, Sony Corporation.

The prototype had a total of 33 sensors including CMOS image sensors and ToF sensors are embedded within the vehicle, to detect and recognize people and objects inside and outside the car and provide highly advanced driving support. Sony had increased the sensors to 40 and experimented to see how high they can raise the bar to sensing capability. From a user experience point of view, Sony said they are working to make a relaxing in-car space.

The car will be equipped with 360 Reality Audio” which provides a deep and immersive audio experience through speakers built into each seat. The front seats face a panoramic screen on which content can be enjoyed through an intuitive user interface. The car is designed with an OVAL concept to symbolize the experience of full 360-degree immersion in sensing technologies and entertainment.

There are two current trends in the automobile industry; one is electrification and the second is adding more intelligence to the car and Sony’s car has both said Almotive CEO Laszlo Kishnoti. We are building an intelligent electric car, he added.

Almotive is a partner in developing camera-based automated driving features combined with radar and are using Sonys cameras.