Toyota will assemble fuel cell modules for hydrogen-powered vehicles at a plant in Kentucky in 2023. 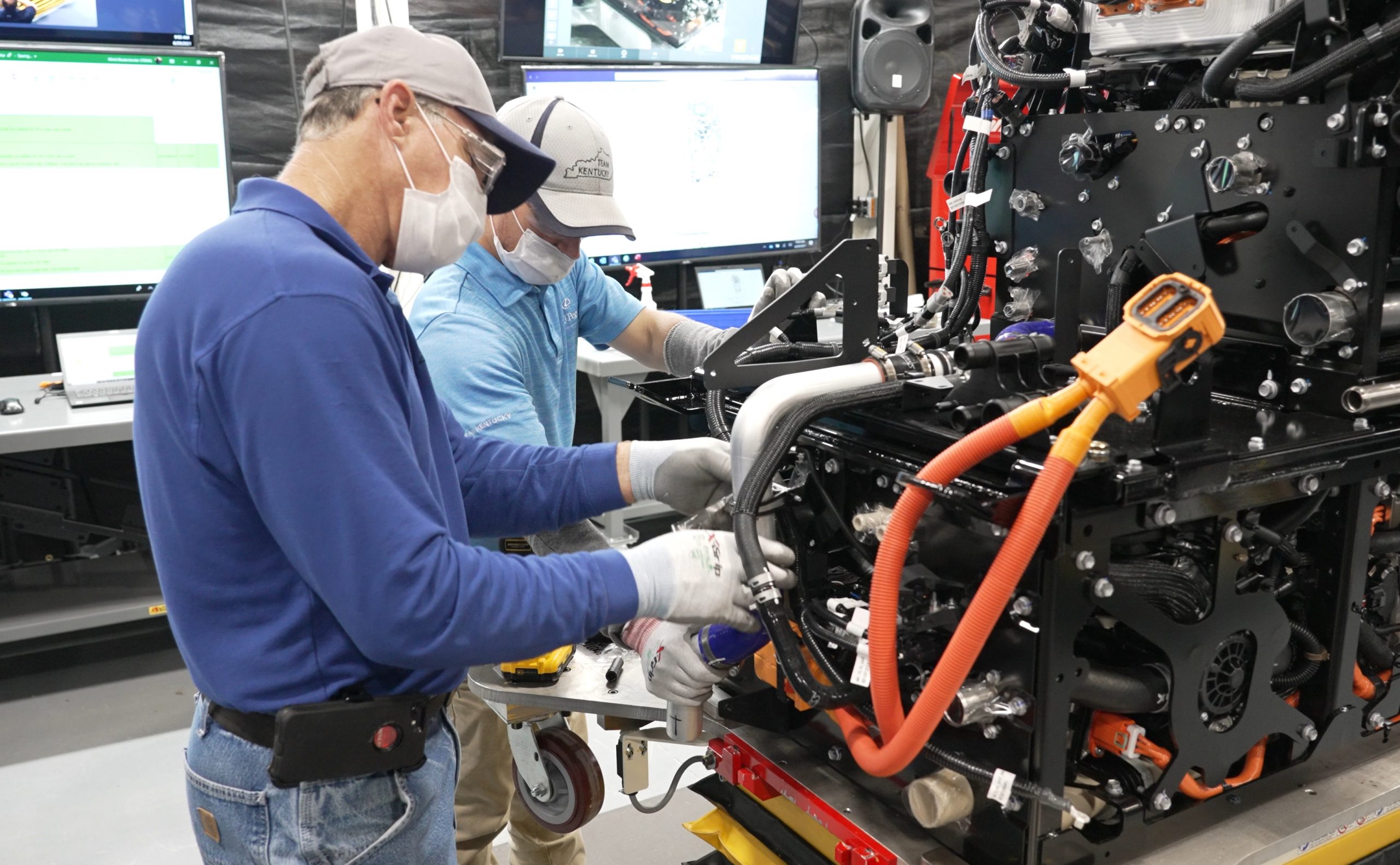 Toyota will assemble fuel cell modules for hydrogen-powered vehicles at a plant in Kentucky in 2023. The FC modules, which were originally intended for use in heavy-duty fuel cell electric trucks, represent yet another step toward Toyota’s carbon neutrality. GEORGETOWN, Ky. (August 25, 2021)  – Following thousands of miles of real-world testing in the harsh environment of commercial trucking, Toyota is preparing to expand its product portfolio by bringing its groundbreaking hydrogen-powered fuel cell electric technology from prototypes to production as part of its efforts to achieve carbon neutrality.

The two fuel cell modules, which are a critical component of an overall FC kit, weigh about 1,400 pounds and provide a continuous power output of up to 160kW. A high-voltage battery, electric motors, transmission, and hydrogen storage assembly from top-tier vendors are also included in the FC kit. Toyota will also contribute its powertrain integration expertise to assist truck manufacturers in adapting these emissions-free drivetrain systems to a variety of heavy-duty transportation applications.

“This second-generation fuel cell system is necessary for a carbon-neutral future,” says David Rosier, Toyota Kentucky powertrain head. “It delivers over 300 miles of range at a full load weight of 80,000 lbs., all while demonstrating exceptional drivability, quiet operation, and zero harmful emissions.”

Toyota will display this technology at the 2021 Advanced Clean Transportation (ACT) Expo in Long Beach, California on Aug. 31-Sept. 1. A prototype truck powered by Toyota’s FC kit will also be on display at the show.