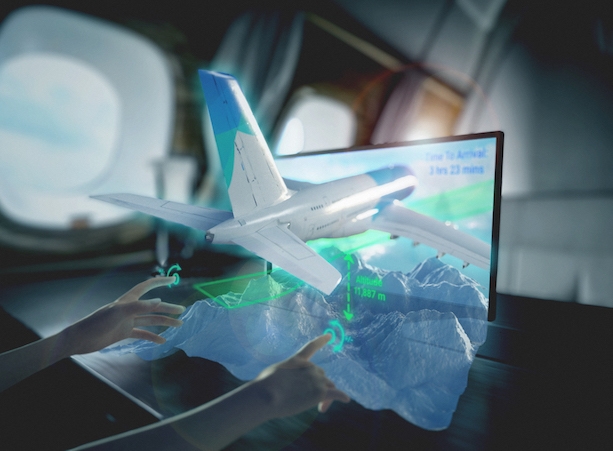 VividQ claims to have figured out how to convert regular LCD screens into holographic displays. VividQ is a tech startup based in the United Kingdom that has developed technology for rendering holograms on older screens. VividQ’s Computer-Generated Holography is driving the display revolution. It’s software and IP enable next-generation digital displays to deliver realistic and immersive visual experiences. With a Computer-Generated Holography that projects “real 3D pictures with true depth of field, making displays more natural and immersive for users,” the startup is aiming its technology at Automotive HUD, head-mounted displays (HMDs), and smart glasses.

They published Version 5.0.1 of their Software Development Kit in July 2021. The SDK’s core component is a brand-new hologram generating algorithm. VividQ SDK has improved since its initial release in 2019, attaining consistently improving compute performance when generating 3D holograms with even higher image quality to the eye. The new “Triton” algorithm works in tandem with two completely new, licensable hardware designs to significantly improve three aspects of holographic display: contrast, despeckle, and colour balancing.

“Scenes we know from films, from Iron Man to Star Trek, are becoming closer to reality than ever,” Darran Milne, co-founder and CEO of VividQ, said. “At VividQ, we are on a mission to bring holographic displays to the world for the first time. Our solutions help bring innovative display products to the automotive industry, improve AR experiences, and soon will change how we interact with personal devices, such as laptops and mobiles.”

VividQ products bring three-dimensional visual experiences to life in a realistic way. World-leading algorithms for real-time, high-quality holographic display in low-power applications are included in the SDK. It includes a complete collection of developer tools for designing and building devices using Computer-Generated Holography quickly and easily.

HOW DOES COMPUTER-GENERATED HOLOGRAPHY WORK?

Automotive Head-Up Displays (HUD) and In-Car Displays are examples of software and hardware designs for the next generation of car displays.

Tools for creating the most immersive 3D visual experience on your desktop, tablet, or smartphone.

The technique of engineering light to create three-dimensional projections from a number of 3D data sources, such as gaming engines, CAD, or depth-sensing cameras, is known as Computer-Generated Holography (CGH).