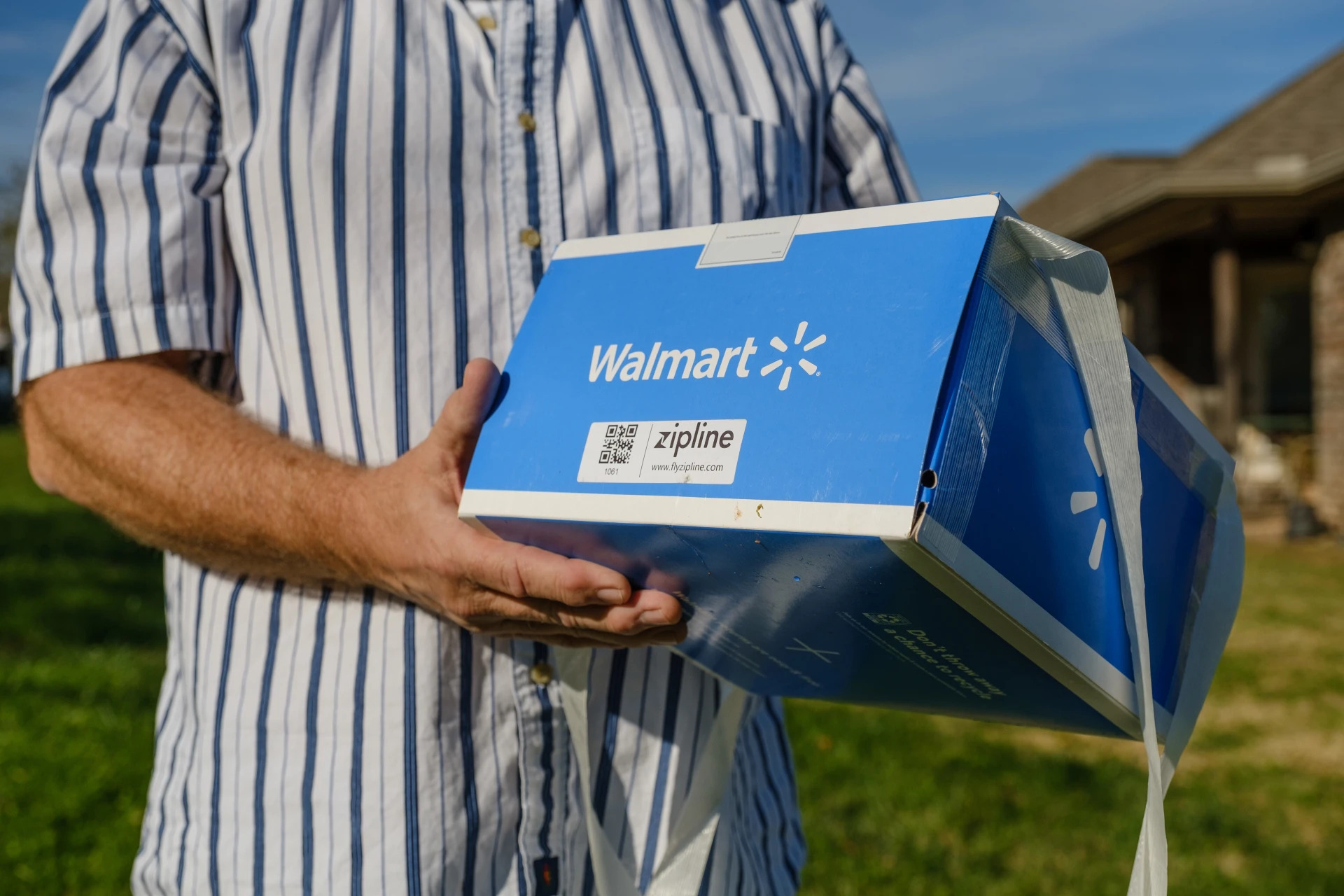 “Zipline’s autonomous aircraft present an incredible opportunity to offer customers an on-demand delivery option for the items they need now, such as a thermometer, non-prescription medication or an emergency pack of diapers,” said Tom Ward, senior vice president, Last Mile Delivery, Walmart U.S. “Even more, Zipline’s aircraft can help provide immediate access to needed items for both hard-to-reach and at-risk populations, such as rural communities and elderly customers. By bringing this game-changing technology to the rural community of Pea Ridge, Arkansas, we’re continuing to look for ways to make shopping with Walmart convenient and easy – for everyone.”

Walmart and Zipline have been hard at work developing a first-of-its-kind 25-foot platform that serves as the infrastructure for take-off and landing since launching the service last autumn. Several of Zipline’s patented autonomous planes, as well as its flight operations team, are housed on the platform, which is located right behind the Neighborhood Market. Zipline’s aircraft can service a 50-mile radius at full capacity, which is approximately the size of Connecticut.

Customers who are eligible can begin placing orders for delivery as early as today. The following is how it works:

“We’ve seen firsthand the impact that instant logistics can have in making important, even life saving products, available on a moment’s notice,” said Keller Rinaudo, co-founder and CEO of Zipline. “At the same time, the past two years have proven the need to bring health products closer to home, where they are more accessible. Working with Walmart, we’re able to bring this type of service to Northwest Arkansas, showcasing what the future of health access looks like.”

“Only two weeks after Walmart launched its autonomous truck delivery system in Northwest Arkansas, the company is launching its autonomous aircraft service,” Governor Asa Hutchinson said. “Walmart and its partners such as Zipline are harnessing customer-friendly technology with such lightning speed that the future is becoming a reality far sooner than many Arkansans thought possible.”

Since its inception in 2016, Zipline has delivered over 200,000 commercial deliveries totaling over 4.5 million pieces of medical goods to over 20 million people in numerous countries. The organization is dedicated to providing the greatest levels of safety through operations that adhere to all FAA standards.

Over the previous three years, Walmart has expanded its delivery network to more than 3,000 locations, touching 70 percent of the population of the United States and rising. The retailer achieved this through a combination of third-party delivery companies, Spark Driver platform service providers, and associate delivery drivers. As it seeks new methods to serve customers with ease and speed, the store has been at the forefront of incorporating autonomous and sustainable solutions — from drones to self-driving cars – into its last-mile network.

Zipline designs manufacture and operate the world’s largest automated on-demand delivery service, which to date has made more than 200,000 commercial deliveries. Zipline is the trusted partner for governments, global brands, and leading health care systems. For more information, visit flyzipline.com.