Airbus is betting on Hydrogen for its future zero-emission planes 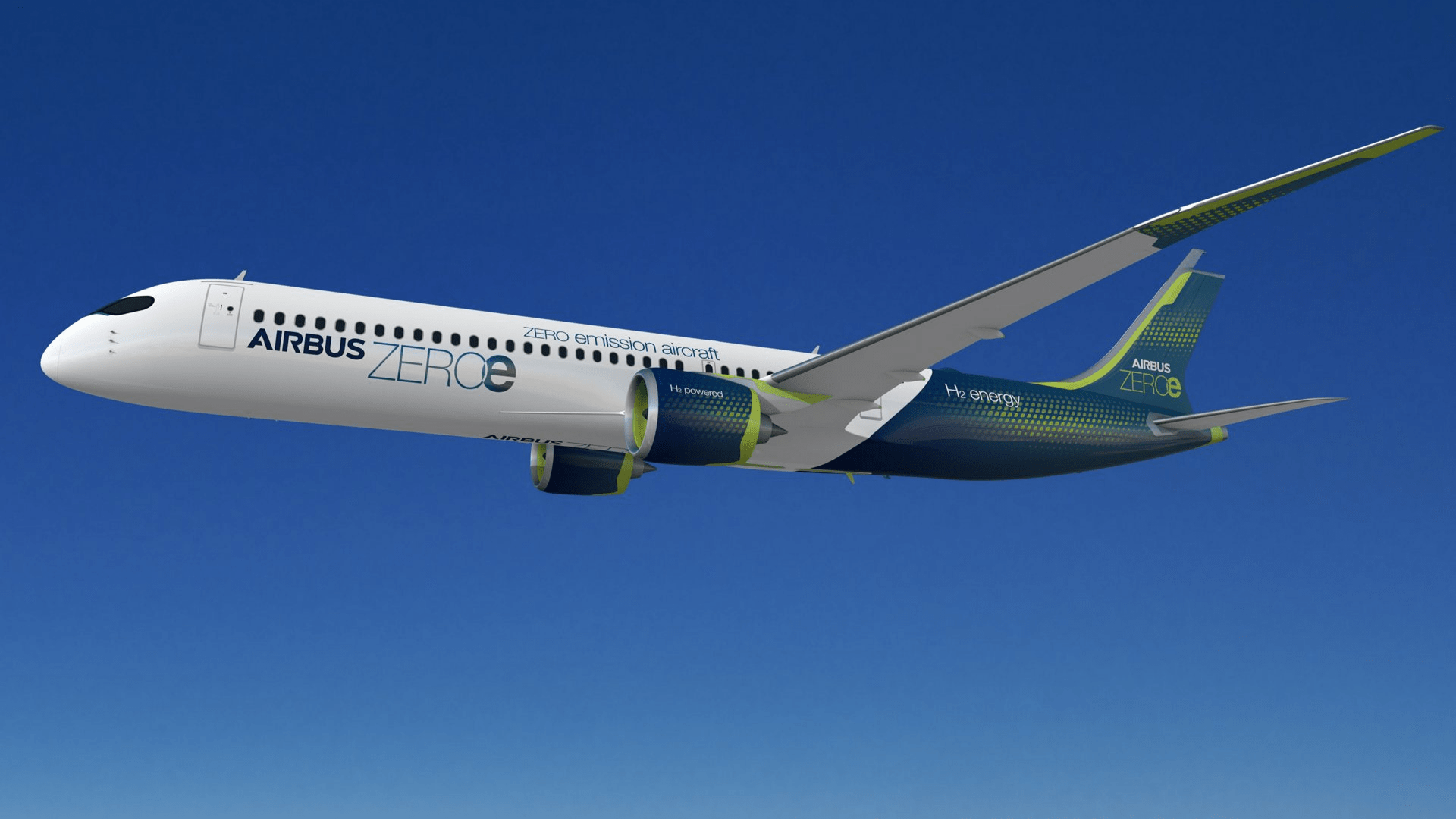 Airbus is betting on Hydrogen for its future zero-emission planes. Will hydrogen be the future of clean energy and zero-emission planes? Airbus thinks so. Major aircraft manufactures are looking into ways to make commercial air travel friendlier to the environment. Boeing has said that they have committed to producing airplanes that will consume & certified to fly in sustainable aviation fuels at 100% by 2030. Today’s jet fuel emits greenhouse gases such as carbon dioxide into the Earth’s atmosphere.

EPA along with the Federal Aviation Agency at the United Nations’ International Civil Aviation Organization has developed international carbon dioxide emissions standards for aircraft. EPA is also now working through the process of potentially setting domestic regulations under the Clean Air Act that address GHG emissions from certain classes of engines used in aircraft.

Airbus is betting on Hydrogen for its future zero-emission planes. Airbus VP of Zero-Emission Aircraft Glenn Llewellyn explains in a blog post that hydrogen is more than just an industry buzzword: it is potentially the future of aviation. Kerosene has been used in the aviation industry for more than 50 years. Glenn Llewellyn counts himself among hydrogen’s earliest fans. Today, he is at the helm of a hydrogen revolution at Airbus with the mission to unite all the ingredients needed to launch the world’s first zero-emission commercial aircraft program.

He says, “At Airbus, we strongly believe renewable energy needs to power future aviation. And hydrogen is potentially the best pathway through which to do so.”

Hydrogen as a fuel is being used in cars such as Toyota Mirai. It is one of the first automobiles that is mass-produced and sold commercially that runs on hydrogen fuel cell technology. Toyota has sold 10,250 of these cars as of Dec 2019.

But does using Hydrogen as a fuel really reduce carbon emission? Hydrogen can rarely be found in its purest form. It needs to be extracted from naturally occurring elements like water (H20). To extract hydrogen from these elements water, for example, is an energy-intensive process. To extract it requires energy generated from either fossil fuels or renewable energy like solar, wind, etc. Today most of the hydrogen is produced from fossil fuels, so it’s not actually a green fuel source. There is a potential to increase Hydrogen production from renewable sources in the next few decades.

Glenn Llewellyn, when asked about why he did not think battery storage has the potential to be zero-emission aviation fuel. He said Airbus has been for the past ten years investing in electric flight research and development. And they have learned a lot and put many electric aircraft into the air. They did demonstrate an electric four-seater aircraft and he still believes electric and hybrid-electric flight has a lot to offer. However, larger aircraft require a very high energy-per-unit mass, and battery technology just hasn’t been advancing at the speeds we require to deliver a zero-emission aircraft according to the ambitious timeline we’ve set out. This is why we began opening up an inquiry into other pathways, such as hydrogen.

Which hydrogen technology is Airbus exploring? Airbus is exploring Hydrogen Fuel Cells and hydrogen combustion in modified gas-turbine engines, and synthetic fuels. Aircraft can be powered by gas-turbine engines that could also be hybrid. It can use an electric motor in a hybrid system. The aircraft could thus potentially be powered by hydrogen and a hybrid-electric system powered by fuel cells instead of batteries. These technologies are complementary, and the benefits are additive.

Regarding the safety of using hydrogen as aviation fuel, Glenn Llewellyn said there will be zero compromises on safety as aviation safety standards will remain unchanged. The technologies to achieve the safety standards will match or exceed the current standards. The concern he has is in the storage of hydrogen, as hydrogen tanks are bulkier and heavier than existing jet fuel tanks.

Hydrogen appears to be the most promising way to significantly reduce aviation’s climate impact through both synthetic fuels and future hydrogen-powered aircraft. At Airbus, we strongly believe renewable energy needs to power future aviation. And hydrogen is potentially the best pathway through which to do so. We’re also giving ourselves five years to test before we make a final decision. And personally, I haven’t been this excited about a technology’s potential in years, he said.