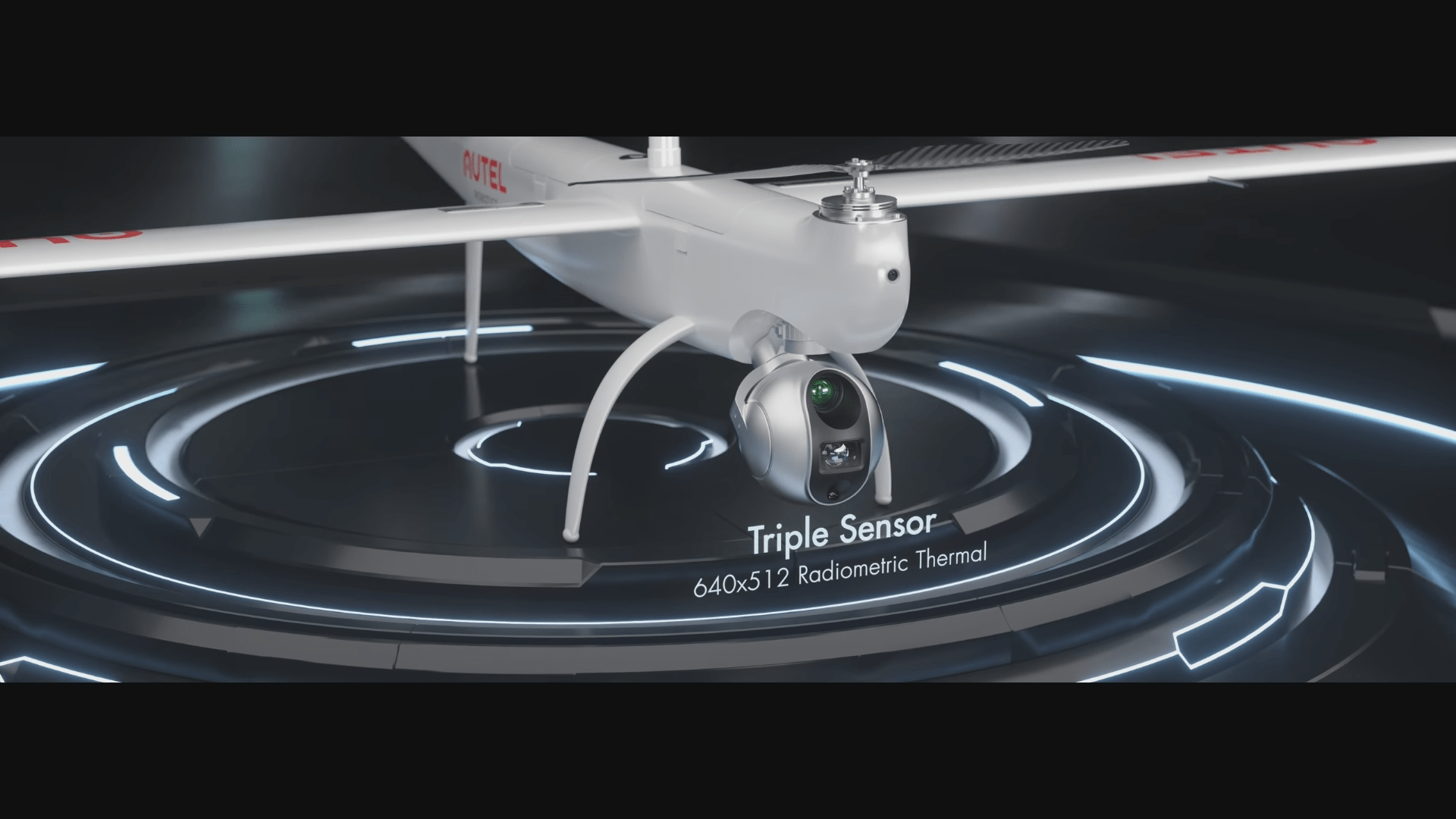 The Dragonfish’s tilt-rotor design simplifies operation and maximizes performance and efficiency. With no complicated moving parts, the Dragonfish is modular, waterproof, smart, and reliable. The aircraft is mission-ready right out of the box and includes powerful AI tracking capabilities and a multitude of modular payload options. An endurance of 120 mins (including payload) augments the Dragonfish’s robust mission capabilities moves it ahead of VTOL competition. The Dragonfish comes with a variety of payload options that can be changed rapidly to suit mission needs or to offer future expandability and versatility. The drone offers modular payload options for a wide range of applications such as public safety, fire fighting and prevention, traffic monitoring and management, coastal overwatch, security, agriculture, and energy.

On the database of the Federal Communications Commission (FCC), the new drone Dragonfish was launched earlier on 30th November 2020 under the FCC ID DF2409A. And along with that some external and internal photos and the label location, usual documents released as well.

The label of FCC has been attached to the box of the new drone Dragonfish from that label we get to know that the battery of the Dragonfish runs at 23.1 volts and 16 amps but the capacity of the battery is not mentioned yet on the label. Unlike those we got to know more information from the label as the model number of the Dragonfish that is DF-1, the user manual of the drone, and the accessories which you will get inside the box of the drone. And the model number directs to a conclusion that in the future more Dragonfish drones are coming.

So what you get inside the box?

“Subvert Tradition, Command the future.” It is a slogan that is used by Autel Robotics for the Dragonfish advertisement. It is stated that the Dragonfish can have a flight time of a maximum of 120 minutes. It can take off in the air in almost 4 minutes. It has a video transmission range of almost 18.6 miles. The drone has a feature that is a source of pride that is the 4k camera which comes with a 20x optical zoom and also has an infrared detection system that can detect up to 200m away.

The maximum flight speed of the new Dragonfish is up to 67 miles per hour and can have a maximum speed of 31 miles per hour while flying in winds. It can take off with weights of a maximum of 17.2 lbs, where 3.3 lbs are being reserved for the camera payloads. The Dragonfish can accurately fly away up to 1 cm from the ground along with the measurement error of 1 part per million. The Autel Robotics drone Dragonfish is mainly focused on firefighting, public safety, traffic management, energy, surveillance applications, and agricultural departments. And it has been seen that the official website of Autel Robotics is not yet been translated into English correctly.

The big selling point for the Dragonfish drone is the capability of the drone to work autonomously and its intelligence. Missions that are assigned to the drone Dragonfish can complete it and return to the home automatically. Missions can be done with the Dragonfish drone-like circle above any point of interest, complete multi-point missions, and fly at a constant height above the ground below, it can track objects such as a stolen vehicle, etc. and all those are possible due to the algorithms of the Autel Robotics which keep the drone in check and that makes it easier for the user to operate the drone. If you have seen the images of the Dragonfish drone then you will observe that Autel Robotics has highly focused on creating redundant systems that make the Dragonfish as safe as possible.

Components of Dragonfish include IMU, two batteries, compasses, barometers, and GPS RTK modules (in case if one will be stopped working the other will start working as a backup). The drone can suddenly change its mode into the multirotor mode when it will detect that it will be not able to fly on the current mode and in this process all the propellers will be adjusted to swivel vertically then the drone will act like a quad-copter. In the whole systems like control surfaces and devices have a dual CAN bus communication system setup which in case if one connection is interrupted the other will fix it as a backup. The Dragonfish drone is an artificial intelligence-based which helps to detect seamlessly any errors in the drone before they occur.

While talking about its camera payloads, you will get three first-party camera payloads option from where you can choose at your preference and also has a third-party option where you can create your compatible payloads. So from the three options, the first payload is a dual-sensor 4k camera which comes with 20x optical zoom and the main camera is combined with a 48 MP wide-angle camera. Then the second payload is a triple sensor camera which also comes with a 20x optical zoom and combined with a 48 MP wide-angle camera but an extra with a radiometric thermal camera. And the third camera payload is a multispectral camera which comes with a 48 MP wide-angle RGB camera and also with 2 MP multispectral five camera sensors.

Dragonfish the latest tilt-rotor VTOL drone from Autel Robotics. So to control this new Dragonfish drone you will need software through which you can manage and customize the drone and for that Autel Voyager software is there for you, which is created by Autel Robotics itself. The Autel Voyager software is capable of many advanced features such as intelligent tracking, advanced mission planning, flight history tracking, and many other autonomous features. A ground station of 9.7 inches and 1000 nit display is also created by Autel Robotics also has antennas and is capable of the video transmission range advertised as 18.6 miles.