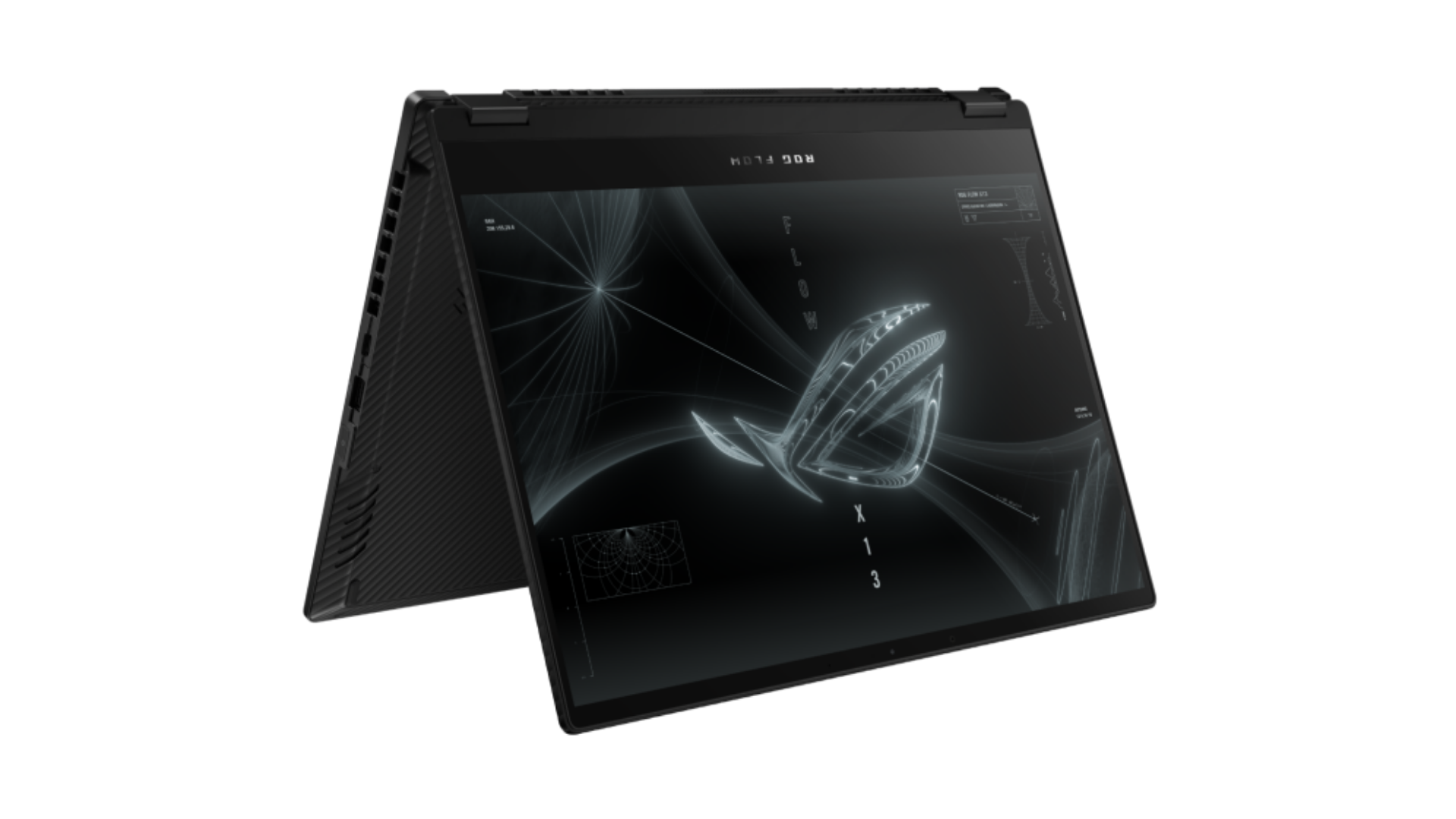 Its 360-degree hinge allows easy viewing and touchscreen interaction to move from a traditional laptop mode into convenient positions for gaming, drawing, and presenting.

Asus claims the battery life of up to 10 hours of video playback. It also comes with 2 way AI noise cancellation technology and works with any input device and output audio. It runs on CPU and noise-canceling settings can be customized for specific programs or apps such as voice chats.

The X13 Follow has seamless integration with external GPU ROG XG Mobile. The ROG XG Mobile an optional accessory allows connecting external graphics by combining performance and versatility with true portability. Despite being 6% of the size of typical eGPUs, this device supports up to a GeForce RTX™ 3080 GPU clocked to 1810MHz at 150W with ROG Boost. ROG’s exclusive interface avoids common bottlenecks and adds dedicated bandwidth for an integrated I/O hub. The XG Mobile must be connected to a power outlet to operate. It supports up to RTX™ 3080 graphics. The GPU connects directly to the CPU via a custom PCIe® 3.0 x8 interface that’s faster than Thunderbolt 4, and a built-in USB, SD, ethernet hub with 280 W adapter. Asus says the XG Mobile offers uncompromised power for graphics-intensive tasks like gaming, multimedia editing, rendering, and more. Its ultra-compact dimensions weigh just 1kg, making it easy-to-carry anywhere. Click here to know more details about ROG XG Mobile.

ASUS ROG Flow X13 convertible gaming laptop with AMD Ryzen 9 5980HS is one of the first laptops to be announced based on AMD’s new 5000 HS and HX series CPUs. The 5000 series mobile processors based on AMD’s “Zen 3” architecture are highly efficient and powerful. The 5000 series include H series for high performance in U series for ultraportable featuring 8 cores and 16 threads.

HX series processors provide performance for gamers and creators while the HS series are made for thin and light powerful laptops. The Ryzen 9 5980HX is capable of 23% increased single-threaded performance and up to 17% faster multi-threaded performance over the previous generation. As per AMD their Ryzen 9 5900HX, at 45W+ TDP, will power “2021’s best gaming notebooks.”

Its 35W power is tuned for ultraslim chassis but is still capable of scaling up to 54W when thermal and power headroom allows. Asus says a special Flow X13 Supernova Edition will also be available with the top-of-the-line Ryzen 9 5980HS, which scales up to 4.8GHz on a single core. AMD claims Ryzen 9 5980HS performs better than Intel’s Core i9-10980HK on Cinebench R20 in both single-thread performance (601 to Intel’s 514) and multi-thread performance (4349 to the i9’s 3892).