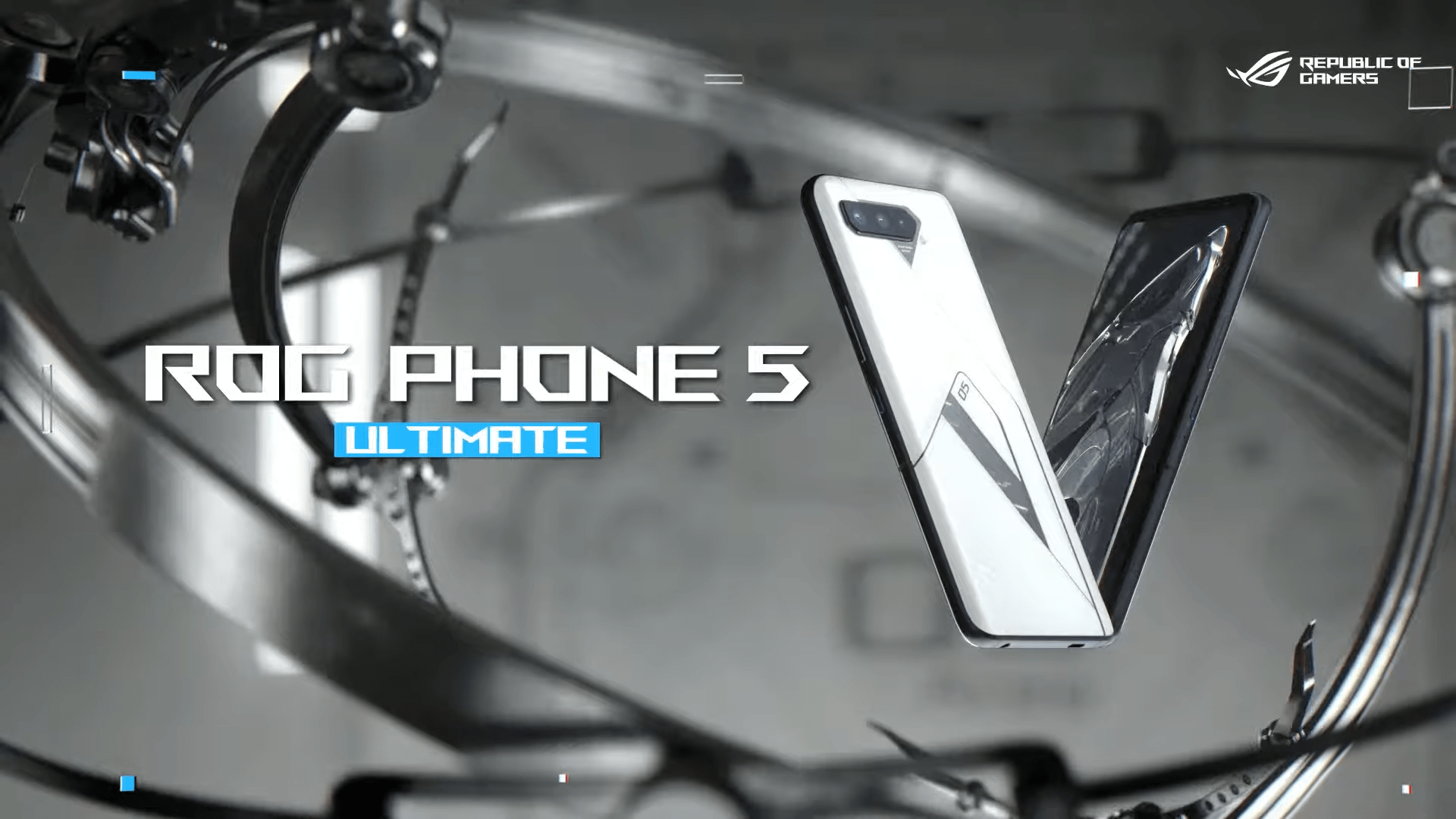 The phone comes with a black and white version. from the front is a slab of glass with red accents on the side. The RGB log now has 2 lighting zone customizations with animations with different colors and notifications.

To allow for long sessions of gaming, the phone’s cooling system is designed such that the CPU sits in the center of the phone with a 3D vapor chamber covered with graphite sheets on the aluminum frame. This allows dissipating heat faster and evenly. There is also an additional cooling accessory the AeroActive cooler 5. Asus has redesigned the cooling fan and it blows air straight into the center of the ROG phone 5. This further drops the surface temperature by 15 degrees Celcius.

The phone’s display is made up of Samsung AMOLED and Asus was able to increase the display size from 6.6 to 6.8 inches. The latest phone is 2 mm longer and 1 mm wider than the current version. It has a 144 Hz refresh rate with a 300 Hz touch sampling rate (Touch Sampling Rate is a frequency of a screen to register a touch by the user). Asus has added PixelWorks i6 visual processor to the phone to supercharge videos and games. To make the display vibrant and minimize color banding and turns the SRD content into HDR. Asus says, the also comes with Ultra Low Slide latency making the phone more responsive while gaming.

ROG Phone 5 comes with dual 7 magnet speakers for stereo audio. Asus brought back the 3.5 mm audio jacks thanks to the redesigned PCB. To help gamers the phone comes with AIRTRIGGER 5 control system which combines several input and control systems. It has ultrasonic air trigger buttons on the top corners of the phone. These have various gestures such as horizontal slide, vertical slide, dual button, and swipe. Asus says, they have also expanded the motion control system and now the phone can detect several distinct movements which can be mapped to different button press functions.

The phone has a 6000 mAh, 22 wh dual-cell battery (it has 2 3000 mAh batteries) with a 65W hypercharge adapter. The batteries are placed on either side of the CPU to allow better thermals. The 65 W hypercharge will charge the phone 0-50% in only 15 mins. Also, the phone comes with 2 type c ports for charging. One port is on the side to allow charging while playing games and another traditional charging port.

Asus’s Armoury Crate performance boosting and tunning application will allow for different performance setting modes for battery, performance, and temperature. These settings can be customized for individual applications. For E.g. X mode will boost CPU performance to the max. The additional colling accessory can also now activate the X mode.

The cameras are the same as that of the Asus Zenfone 7 Pro. Asus also launched the Asus ROG phone 5 pro which comes with a secondary display (Rog Vision) on the back of the phone. It is a 64 x 256 color PMOLED display. The secondary display is customizable and can show animations based on system events. The pro phone also comes with hidden touchpads on the rear to give a gamepad controlling experience with the two AirTrigger buttons on the top and the two buttons on the AeroActive cooler 5.